Do Tourists Have To Wear Hijab In Saudi Arabia?

Saudi Arabia is a Muslim-dominated country located in the Middle East. The holiest place for Muslims, Mecca is situated in this country. Besides that, it has other important places Medina, Jeddah, Riyadh, etc.

With such an amalgamation of beautiful and culturally-rich places, the rules are bound to be strict, especially for the residents.

Women are asked to dress mostly in all public places, especially more around religious sites. But do the same rules apply to foreign visitors?  Let us find out.

History of Laws in Saudi Arabia 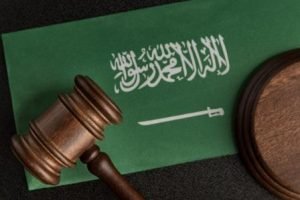 Saudi Arabia has had a list of laws regarding the attire of Muslim women in public places. At one point in time, women needed to don an abaya, burqa, or niqab everywhere.

This made it very difficult for non-Muslim foreigners or tourists to enter or roam around in the country. Furthermore, this led to a dip in the tourism sector.

After the government saw a drastic reduction in the amount of revenue generated from the tourism field, it withdrew its rules.

In the present time, tourists or visitors need not wear an abaya, or hijab, or a burka while visiting Saudi Arabia. However, it is asked of them to dress appropriately and modestly, especially in the pilgrimage areas.

Things to Keep in Mind while visiting Saudi Arabia

If you are planning on visiting Saudi Arabia, there are certain rules and regulations that you need to adhere to. Besides that, as there has been a reduction in the strict laws, it only depends on your character and perception to follow them or not.

The following are some of the tips that you can keep in your back pocket while visiting Saudi Arabia:

Along with the women, there are certain unsaid rules set for men when it comes to the clothing that he prefers to wear in public places.

They need to make sure that their legs and shoulders are covered.

The localities have a distinctive dress that is world-famous. The traditional Saudi Arabian dress comprises of a long white robe, a ghutra, and a white and red-coloured headdress. They wear taqiyah underneath their ghutra to prevent it from slipping off.

Saudi Arabia is a conservative country that has a rigid mindset about the rules of Islam. So, it has certain regulations that mandate the use of veils.

Women of Saudi Arabia wear a hijab, abaya, or a burka to protect themselves from the gaze of evil men. Besides that, the veil stops the dust and mud from entering the said person’s eyes or mouth.

As Saudi Arabia is located in the middle of a desert, the presence of dirt and dust goes without any teacher. This opens up the possibility of dust in everybody’s mouth. The veil helps us from such an experience.

Can I wear jeans while visiting Saudi Arabia?

You can certainly wear your jeans while visiting Saudi Arabia. But make sure that the jeans are appropriate and cover-up till the ankles.

Why was the law repealed about women’s attire?

When the government of Saudi Arabia made it mandatory for the local women as well as the visitors to wear the abaya at all times, it hit their tourism. Due to this, this rule was relaxed with foreigners.

Every country has its set of rules, regulations, and discipline, and Saudi Arabia has its own. But it was a big relief to the foreigners when it has retracted its rule about the compulsion for veiling for all.

Even if you are a non-Muslim, it looks good on your part to respect someone’s religious sentiments. So, the next time you are in that country, wear something modest if you do not wish to wear an abaya.

How to Wear Hijab?

Is it Haram to Not Wear a Hijab?

What is the Difference Between Hijab, Niqab, Burka